Explore The Wild Beauty Of Uganda

Meet the family – At the sight of the nests, the trackers quickly searched for clues as to the gorilla troop’s location. They hunted for broken branches, half-eaten vegetation and piles of fresh poop, all the while listening out for vocalisations and even smelling for gas. Suddenly we stopped. “Can you see them?” asked Augustine. I scanned the bushes, but to my inexperienced eyes there were no signs of gorillas. Then a shaggy, muscular arm emerged from the foliage, extending a black leathery hand to tug at a vine. This was followed by a loud chomping noise, then a long, lingering fart and a satisfied sigh, which had me giggling in delight. Despite their fearsome power – gorillas are thought to be as much as eight times stronger than a man – these peace-loving giants spend much of their day searching for food.

They’re strict vegetarians, adding only an occasional sprinkling of termites for extra protein, an dare happiest when they’re chilling out en famille. We were on the gorillas’ turf, though.

Adult males can behave aggressively towards any perceived threat, and, as I was learning, mock charges and chest beating are common among unhabituated gorillas. Unimpressed, Bikingyi soon got up and wandered deeper into the finest. We followed slowly, and with considerably less grace, as he hauled himself up the mountain and into a thick cluster of foliage, be foie settling down to eat, casting us the odd sideways glance, and calling the group together with harsh grunts. Silverback aside, I wondered how the rangers told each gorilla apart. “Their noses are very distinctive, and researchers use its shape and wrinkles to distinguish them,’’ Augustine told me.

“And spend enough time with them that their unique personalities begin to show.” A young male soon took on the mantle of protector, beating his chest and calling out a warning whenever we got too close. Even a woolly-haired eight- month old baby – the first to spot us – began imitating its elders by feebly beating its tiny chest with flailing arms before holding them out to its mother, who gently scooped him up and carried him off to the safety of a towering tree. The group was clearly still wary of people.

An ape like me – The legendary American primatologist Dian Fossey was the first person to ‘habituate’ a family of mountain gorillas, deep in the misty Virunga Mountains of Rwanda in the 1960s. The process remains much the same today, and for the animals it’s a physically painless experience. But I soon understood the caution of my companions: rangers and trackers are often beaten, bitten and scratched on their first encounters with unhabituated troops of gorillas. As we left the Bikingyi troop, Augustine explained that they’d all learned to mimic the gorillas’ noises, especially the low, murmuring rumble used to keep the silverback calm. And during the start of the process, they even imitated the gorilla’s gestures and behaviour, crouching down and munching on the leaves to demonstrate their friendly intentions, as well as walking on their knuckles.

Mountain gorillas depend on strong social bonds, living in groups of up to 20, all led by a dominant male. The family we’d encountered had 18 members, but they were still getting used to humans. At first, Bikingyi didn’t want to be followed, and would disappear into the forest whenever he caught sight of the rangers, taking his family with him. But if the silverback were to accept them, the rest of the family would follow suit. This peaceful war of attrition takes time, however, with rangers making contact for four hours a day, seven days a week until the gorillas are ready to face their first mzungus (white people), and then -fully habituated – larger groups for up to an hour at a time.

Relative experience – The encounter certainly proved stark contrast to the more conventional tracking I’d undertaken a few days earlier, setting out from Buhoma, in the north of Bwindi, to meet another family of mountain gorillas. This area is home to three of Uganda’s xi habituated families and readily accessible to visitors, affording an opportunity to see the other side of the process. After our obligatory briefing at the UWA station, our eight-strong group, plus rangers, trackers and porters, set off. But while there is a 99 per cent chance that you’ll see gorillas here, the trek to find them can range anywhere from 40 minutes to six hours. Thankfully, we soon found members of the Rushegura (R) Group sitting comfortably astride some high branches, plucking at the tastiest fruit.

Despite their bulk and weight, gorillas can shimmy up a tree with consummate ease, and I had to crane my neck to try and get a better view, while dodging the powerful jets of urine that splashed down onto the leaves around me. Then our guide Herbert’s radio crackled into life. It was a tracker reporting that three of the group were feeding in an open area down in the valley, so we zigzagged slowly down a vertiginous muddy slope to meet them, grabbing on to passing branches to steady ourselves. The small clearing gave me the perfect opportunity to get up close to the group – so close l could see droplets of water resting on top of their thick fur. It had rained heavily during the night and, despite living in a rainforest, gorillas apparently don’t like the rain.

They would have spent a miserable night in their nests, and that morning, when the sun had shone again, would probably have had a well- deserved lie-in. Not much was going on, but I was fascinated nonetheless. One gorilla was dozing, curled up in the foetal position, head resting on his arm. Another stared into the middle distance, chin resting on his hand. The third, Kanyawani, was sitting cross-legged and serene, like a hirsute Buddha, systematically stripping and chewing the juiciest bits from his favourite vine. I studied his unmistakable shape, tracing the outline of his large stomach, designed to digest bulky fibrous vegetation -no wonder they have wind – and his disproportionately powerful arms, far stronger than his legs. Whether sitting idly scratching their heads or examining their fingernails, the similarities between human and gorilla behaviour was striking. But it was their eyes that astonished me the most.

As I stared at Kanyawani, as close as if we were across a dinner table, he tilted his head, and his hazel eyes seemed to hold an expression of curiosity that matched mine. Our hour with R Group flew by. Then we left the forest and waited in line to cross a small river, taking it in turns to wobble precariously over the slippery stepping stones, l heard the crack of a branch behind me. I turned to see that a young male gorilla had joined the back of the queue and, unsure what to do and rooted to the spot, l looked towards Herbert. “Give him space,” he called. I tried to move out of the way but I was surrounded by vegetation and so, thrillingly, this immense gorilla brushed past my leg on his way to the river. It was only much later, back in Rubuguri that I had time to reflect on both experiences.

Tracking the habituated Rushegur a gorillas had given me the chance to get within touching distance of some of my closest animal relatives in a way I’d never thought possible. But with the unhabituated Bikingyi Group, I’d had my own unique encounter with mountain gorillas that were as wild as it gets, and it felt like a less planned, more intense meeting. In seeing both sides of the habituation process, I’d not only gained an insight into gorilla life, but the hard work, dedication and skill that goes into protecting these remarkable apes, and I felt privileged to have been even a small part of it. Whether seeing them for one or four hours, it would never be enough, but this was a trip that I’d remember for the rest of my life. 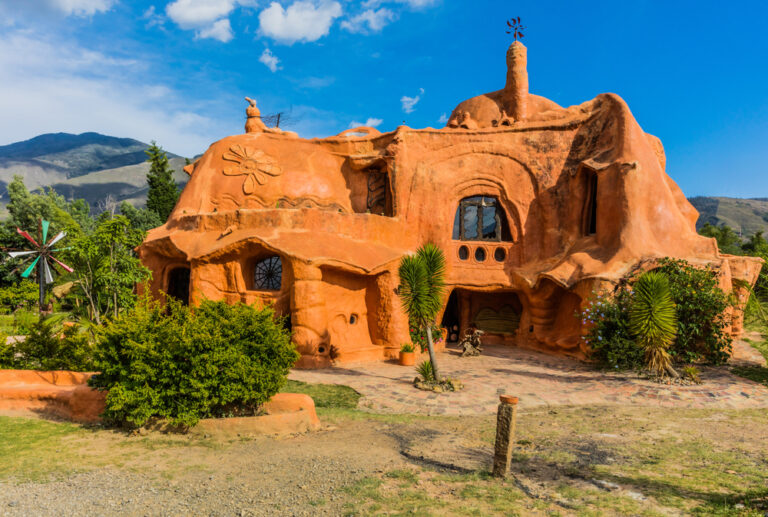